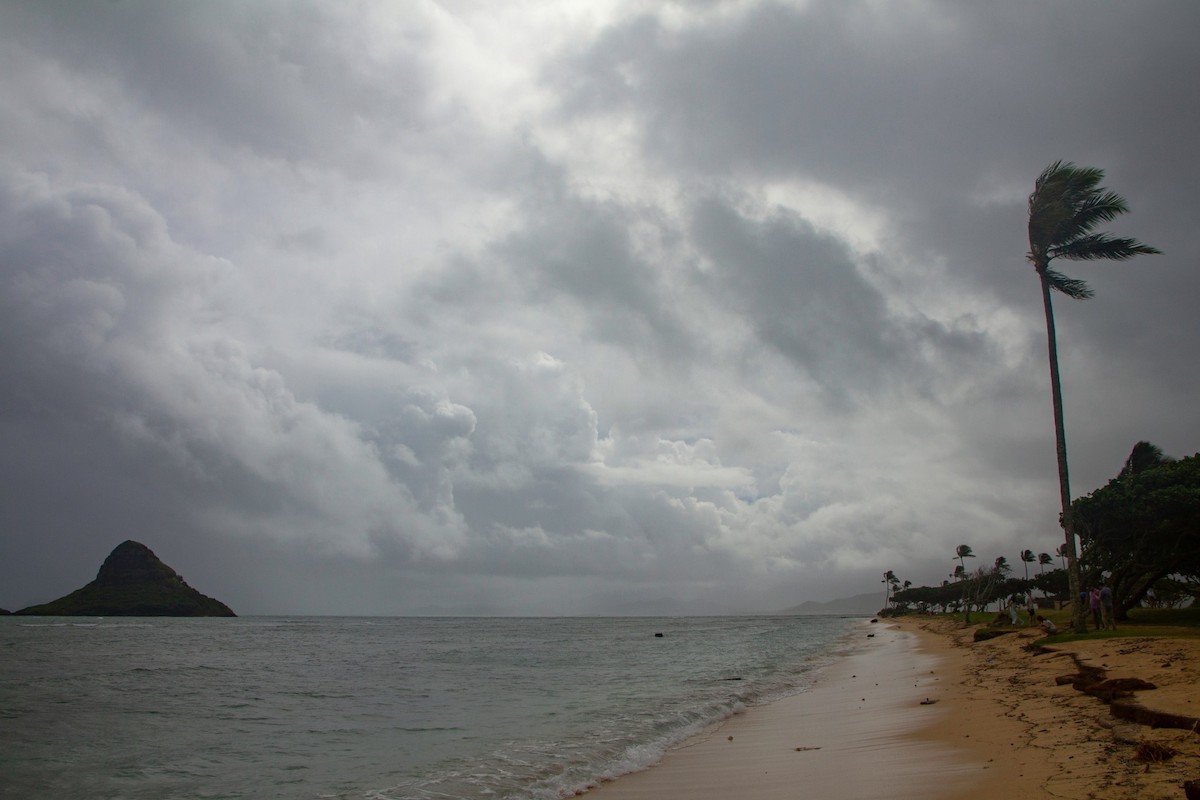 Are you just starting to plan your first trip to Hawaii? Keep scrolling to find out how to avoid the worst time to visit Hawaii!

This post about when is the worst time to visit Hawaii contains affiliate links which means if you purchase something from one of my affiliate links, I may earn a small commission that goes back into maintaining this blog.

The last thing you want to experience during your trip to Hawaii is a week’s worth of inclement weather after all the time and effort you put into planning and saving for it.

It can be exceedingly challenging to predict the weather that long in advance unless you have access to future events.

Another consideration for you to keep in mind is to avoid Hawaii’s peak season if you don’t like crowds of people.

With so many factors to consider, picking the ideal date for your vacation on the calendar may prove challenging and stressful. Avoid scratching your head and pondering when to visit Hawaii during the ideal and undesirable times.

Keep scrolling for a closer look at some of the greatest and worst times to visit Hawaii.

When is Rainy Season in Hawaii?

Do you want the rain to stay away while you’re on vacation? Hawaii’s winter and rainy season begins in November and lasts until around March; December is often regarded as the wettest month there. There is good news, though!

Compared to the other months of the year, these “wetter” months don’t actually get that much more rain. Additionally, if you choose to go on vacation at this time, there’s a potential that you might have a week without a drop of rain. The inverse is sometimes true during the “dry season.”

When is Hurricane Season in Hawaii?

You don’t want to risk a hurricane ruining your trip to Hawaii. The official hurricane season for Hawaii spans from June until the end of November. This available knowledge can make you feel more at ease about traveling during storm season.

Because of the currents, winds, and water temperatures that surround the islands, Hawaii doesn’t see hurricanes very frequently.

While there have undoubtedly been many close calls over the years, Hawaii hasn’t directly been affected by a hurricane since 1992. (Hurricane Iniki).

When is the Best Time to Visit Hawaii?

When visitors assume summer is the greatest season to travel to Hawaii, they frequently reach an erroneous conclusion. This is because Hawaiian weather may be quite hot and humid during that time of year. Therefore, avoid the summer if you don’t want to feel like a sardine in an oven-heated can.

Although there are more people during these months, the costs are comparatively lower than during touristy winter.

Your greatest option, personally, is the fall season. Most individuals would agree that May, August, and September are the ideal months to travel to Hawaii. You can take advantage of the lovely weather, fewer visitors, and cheaper prices at this time.

When is Hawaii Peak Travel Season?

The busiest time of year to go to any of Hawaii’s islands is from around the middle of December to the middle of April. Places will be busier, and prices will be at their absolute highest during this time due to its popularity.

The same may be said for pricey airline tickets. Around holidays, such as the Easter holiday, and during school breaks, travel is also known to increase, and you will undoubtedly pay a price for it.

When is the Worst Time to Visit Hawaii?

Since you’re guaranteed a great time whenever you visit Hawaii, it’s difficult to identify the “worst time to travel there.”

But if you want a second view, December is generally regarded as one of the worst times to travel to Hawaii. This is caused by a number of reasons, including the fact that it is the wettest month of the year and how busy it is at that time.

Some of the most expensive times of year to visit Hawaii when you’re on a tight budget are the winter months. These months, once more, begin in the middle of December and last all the way until March.

Therefore, you should wait until the fall if you want to have some money left over at the end of your trip. Winter may not be as horrible as you think if you enjoy surfing and want to see migrating humpback whales.

When is the Worst Time to Visit Maui?

When is the worst time to visit the island of Maui, some of you may be wondering as you prepare to travel there specifically? I’ll respond to you similarly to how I did before. There aren’t many instances when you’ll have continuous rain on Maui, but most of the year is lovely.

Therefore, the weather should be spectacular even if you choose to travel during the rainy season.

However, Maui sees many more visitors throughout the summer, particularly during the winter seasons, just like anywhere else in Hawaii. The cost of rooms, airline tickets, and rental cars will all be very high.

What is the cheapest time to visit Hawaii?

While you can find flight deals almost any time of the year, the cheapest time to fly to Hawaii is typically in March, May, September, and October. These are part of Hawaii’s shoulder season and don’t have school breaks. But, you can sign up to get emails about flight deals and sometimes there are crazy deals for school breaks or peak season.

What can I do in Hawaii in the rain?

Usually, when it rains in Hawaii, it’s pretty brief, and you can count on the sun later on. However, sometimes it will rain for days. On those days, it’s a great opportunity to check out a museum, go shopping, go on a food tour, or enjoy a hot tub at your resort.

What’s the rainiest month in Hawaii?

The rainy season for Hawaii starts in November and lasts until about March. But that doesn’t mean it rains non-stop during those months. Often it just means it will rain for an hour or two. And sometimes it’s sunny and rain-free for weeks.

Best and Worst Time to go to Hawaii Wrap Up

The best and worst times to visit Hawaii should be clearer to you by this point. It mostly comes down to personal preference, what you want to do, and how much money you want to spend while there.

Looking for more Hawaii travel resources? Find out how to rent a car in Hawaii, top tips for traveling to Hawaii for the first time, how to plan a trip to Hawaii, and my guide to getting married in Hawaii!